Playing God with the climate 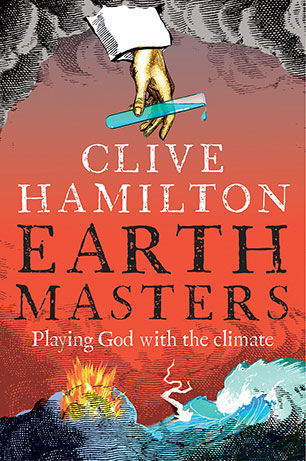 What if there were a magic bullet to fix our ailing planet? What if it meant seizing control of Earth's climate? Clive Hamilton investigates the huge risks of reaching for desperate measures to save the planet, explains the science accessibly and uncovers the worrying motives of those promoting them.

'As we collectively contemplate upping the ante on the same arrogant logic that created the climate crisis, we could ask for no wiser nor more trustworthy guide than Clive Hamilton. A dazzling, multilayered exploration of the strange and terrifying world of geoengineering.' - Naomi Klein, author of The Shock Doctrine

While Washington, London and Canberra fiddle, the planet burns. It has become painfully clear that the big democracies won't take the hard decisions to halt climate change. Climate scientists now expect the worst, and they're considering a response which sounds like science fiction: climate engineering.

This means large-scale manipulation of the Earth's climate using grand technological interventions, like spraying sulphur compounds into the upper atmosphere to reduce the amount of sunlight reaching the planet, or transforming the chemistry of the world's oceans so they soak up more carbon. The potential risks are enormous: disrupting the food chain, damaging the ozone layer, the loss of monsoon rains in Asia - the list goes on. It is messing with nature on a scale we've never before seen, and it's attracting a flood of interest from scientists, venture capitalists and oil companies.

We have reached the end of the epoch of climate stability that allowed human civilisation to flourish, and the end of the era of 'progress'. Like an angry beast woken from a long slumber, climate instability is dangerous and resists efforts to control it. In his characteristically lucid and passionate style, Clive Hamilton spells out the implications for all of us.

'I am in awe of what Clive Hamilton has done in Earthmasters.' - James Gustave Speth, author of Red Sky at Morning: America and the Crisis of the Global Environment
More books by this author

One of Australia's leading thinkers, Clive Hamilton is author of the bestsellers Requiem for a Species, Affluenza and Growth Fetish. He is Vice-Chancellor's Chair and Professor of Public Ethics at the Centre for Applied Philosophy and Public Ethics, Charles Sturt University.

4 The Players and the Public