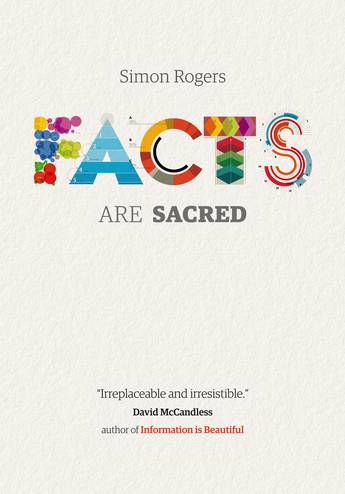 A full-colour guide to the data that shapes our lives, looking behind the headlines and the soundbites to what's really going on.

What is the true human cost of the war in Afghanistan? What are the real effects of the austerity measure? And how did the London riots spread so quickly?

Facts are Sacred, the Guardian's award-winning datablog, publishes and analyses seemingly benign data - released under the auspices of transparency - to bring its readers astonishing revelations about the way we live now. It reveals how data has changed our world and what we can learn from it. Now, the most telling findings from the blog are brought together to give us the facts and figures behind the headlines, beautifully illustrated with extensive data visualisations. Groundbreaking and fascinating, it celebrates a resource that has pushed the boundaries of modern journalism and is a manifesto for a new way of seeing things.
More books by this author

Simon Rogers is the editor of guardian.co.uk/data and a news editor on the Guardian, working with the graphics team to bring figures to life on the page. He was closely involved with the Guardian's groundbreaking decision to crowdsource 450,000 MP expenses records, as well as the organisation's coverage of the Afghanistan and Iraq 'Wikileaks' war logs. In 2010, Simon received a special commendation from the Royal Statistical Society in its awards for journalistic excellence. In 2011, the datalog won the Newspaper Awards prize for Best Use of New Media, the Knight Batten award for innovation in journalism and the Online Media award for innovation in journalism.