The Real Stories of Migrant Britain 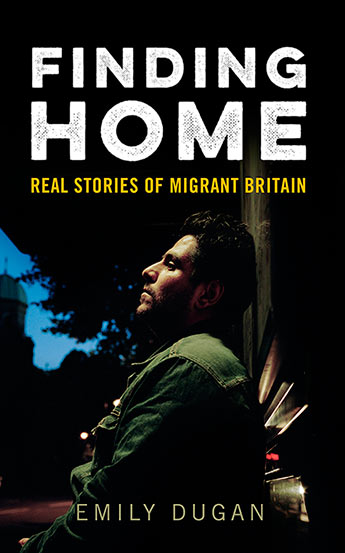 An unforgettable portrait - a British Nothing to Envy - of the real people behind immigration statistics.

Award-winning reporter Emily Dugan's Finding Home follows the tumultuous lives of a group of immigrants, all facing extraordinary obstacles in their quest to live in the UK.

Mihai, 29, works in construction in London and longs for a National Insurance Number. Syrian refugee Emad, 35, set up the Free Syrian League and danger in the UK became as real as it had been in Damascus. He worked illegally in London to pay for his mother to be smuggled from Turkey on a near-deadly trip across the Mediterranean - but the battle to get her into Britain has only just started. Teaching assistant Klaudia is one of many thousands of Polish people now living in Boston - itself a microcosm of poorly managed migration.

Dugan's timely and acutely observed book reveals numerous intense personal dramas of ordinary men and woman as they struggle to find somewhere to call home. It shows that migration is not about numbers, votes or opinions: it is about people.
More books by this author

Emily Dugan is Social Affairs Editor at the Independent, i and the Independent on Sunday. Her investigations into human trafficking have twice been awarded Best Investigative Article at the Anti-Slavery Day Media Awards and her human rights journalism was shortlisted for the Gaby Rado Memorial prize at the 2012 Amnesty Media Awards. This is her first book.