From Fatwa to Jihad

How the World Changed: The Satanic Verses to Charlie Hebdo 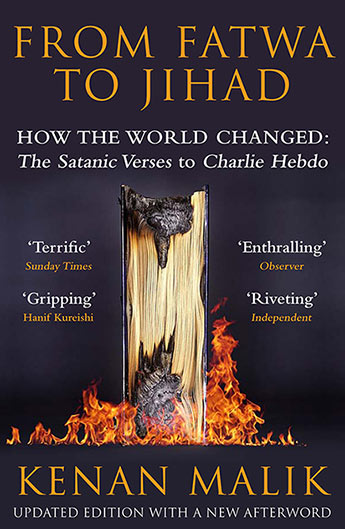 Almost thirty years ago, the image of burning copies of Salman Rushdie's The Satanic Verses held aloft by thousand-strong mobs of protestors became an internationally familiar symbol of anger and offence. In From Fatwa to Jihad, Kenan Malik examines how the Rushdie affair transformed the debate worldwide on multiculturalism, tolerance and free speech, helped fuel the rise of radical Islam and pointed the way to the horrors of 9/11 and 7/7.
More books by this author

Kenan Malik is a writer, lecturer and broadcaster. He is a presenter of Analysis of BBC Radio 4, and a panellist on The Moral Maze. He has taught at universities in Britain, Europe, Australia and the USA, presented many TV documentaries and writes regularly for newspapers across the world including the New York Times, the Guardian, Guteborgs-Posten and the Australian. His books include The Meaning of Race, Man, Beast and Zombie, Strange Fruit: Why Both Sides are Wrong in the Race Debate and The Quest for a Moral Compass.