Cracking an ice syndicate: a detective's gripping inside story 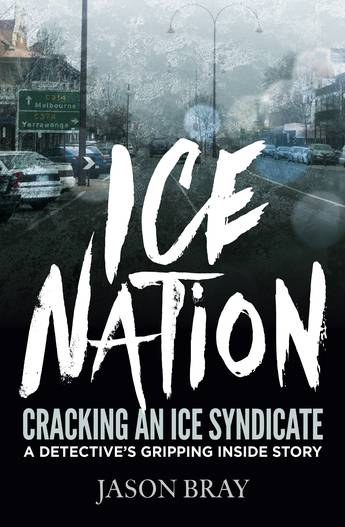 The extraordinary true story of a violent ice trafficking syndicate that operated in northeast Victoria and southern New South Wales during 2012 and the police operation that cracked it.

When the young and impressionable sons and daughters of rural Australia were promised power and riches beyond their wildest dreams by an older sadistic boss, they become a highly manipulated and dangerous group of drug dealers. Intent on distributing their own brand of ice and justice into regional communities, they were prepared to attack anyone or anything that stood in their way.

As the syndicate spirals out of control, their wildest dreams become their worst nightmares. Victorian detectives tracked and pursued the syndicate around the state in an attempt to stop the violence, collect evidence and dismantle the group - a tightly controlled group of outlaws from whom no one is safe, not even woman and children.

Ice Nation is an intimate blow-by-blow account by the lead investigating officer of police efforts to bring the syndicate to justice. It is a snapshot of the epidemic that is taking over our country and a horrifying picture of the destruction of family and friends.
More books by this author

Detective Jason Bray has spent five years investigating ice trafficking in north-east Victoria. From his experiences investigating some large drug syndicates in small country towns that saw a number of people go to jail, he has been inspired to write a book that details what ice is, how it has grown in popularity and the effects and danger it poses to everyone in our community.