Notes on a Vanishing Landscape 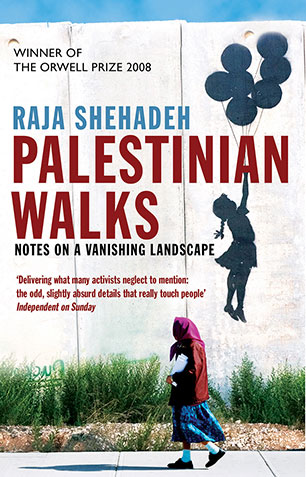 Over two decades of turmoil and change in the Middle East, steered via the history-soaked landscape of Palestine.

This book covers over two decades of turmoil and change in the Middle East, steered via the history-soaked landscape of Palestine. When Raja Shehadeh first started hill walking in Palestine, in the late 1970s, he was not aware that he was travelling through a vanishing landscape. These hills would have seemed familiar to Christ, until the day concrete was poured over the flora and irreversible changes were brought about by those who claim a superior love of the land. Six walks span a period of twenty-six years, in the hills around Ramallah, in the Jerusalem wilderness and through the ravines by the Dead Sea. Each walk takes place at a different stage of Palestinian history since 1982, the first in the empty pristine hills and the last amongst the settlements and the wall. The reader senses the changing political atmosphere as well as the physical transformation of the landscape. By recording how the land felt and looked before these calamities, Raja Shehadeh attempts to preserve, at least in words, the Palestinian natural treasures that many Palestinians will never know.
More books by this author

Raja Shehadeh is a Palestinian lawyer and writer who lives in Ramallah. He is the founder of a pioneering human rights organisation called Al-Haq, an affiliate of the International Commission of Jurists. He has published several books about international law, human rights and the Middle East as well as the highly praised When the Bulbul Stopped Singing and Strangers in the House (both Profile).