An investigation of political power 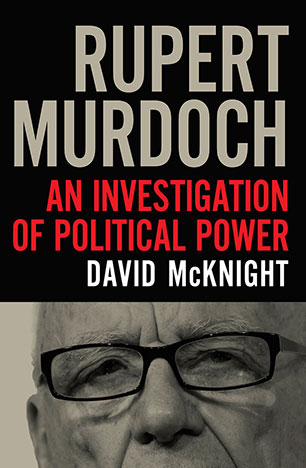 When Rupert Murdoch called, Prime Ministers and Presidents picked up the phone. David McKnight exposes Murdoch's unflinching use of his media empire to further his political agenda over decades. This is the story behind the hacking scandal that rocked the world and shook the Murdoch empire.

'A study of dangerous media abuse of power and of abject government weakness in regard to it. This is a disturbing book.' - From the foreword by Robert Manne

Rupert Murdoch's News Corporation is the most powerful media organisation in the world. Murdoch's commercial success is obvious, but less well understood is his successful pursuit of political goals, using News Corporation as his vehicle.

David McKnight tracks Murdoch's influence, from his support for Reagan and Thatcher, to his attacks on Barack Obama and the Rudd and Gillard governments. He examines the secretive corporate culture of News Corporation: its private political seminars for editors, its sponsorship of think tanks and its recurring editorial campaigns around the world. Its success is reflected in the fact that the campaigns are familiar to us all: small government and market deregulation, skepticism on climate change, support for neo-conservative adventures such as Iraq and criticism of all things 'liberal'.

While the phone hacking crisis has tarnished his reputation, Rupert Murdoch's influence is far from finished.
More books by this author

DAVID MCKNIGHT is Associate Professor and a Senior Research Fellow at the Journalism and Media Research Centre at the University of NSW, and a former journalist at The Sydney Morning Herald and ABC TV's Four Corners.

3. At the barricades of the Reagan Revolution

5. Orthodoxy in the blood

7. The reign of the Sun King

8. The road to Baghdad