The Relentless Invention of Modern India 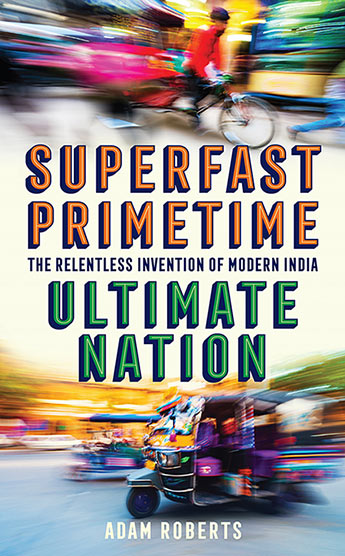 A compelling portrait of modern India - and where it should go next.

Today, India stands on the threshold of global dominance. And as it faces the road ahead, attention focuses on one man: its Prime Minister, Nahrendra Modi. A controversial figure in his own country and abroad, he has garnered unprecedented political support while facing criticism for his nationalism, his record in government and his economic policies.

As it seeks to control its relationships with China and Pakistan, to revitalise its economy and improve the health and education prospects of its citizens, the key to understanding its future may lie in understanding its leader. Here, Adam Roberts, formerly South Asia bureau chief for the Economist, builds up an unflinching portrayal of the man at India's helm, the country's enormous potential - and its equally vast challenges.

Drawing on years of on-the-ground research, and interviews with everyone from wayside fortune-tellers to Modi himself, Superfast Primetime Ultimate Nation is essential reading for anyone who wants to know what the future holds for the world's greatest nation.
More books by this author

Adam Roberts is European Business and Finance correspondent for the Economist, based in Paris. Previously, he was South Asia bureau chief for the same magazine. He is the author of The Wonga Coup.