The Tulsa Race Massacre and an American City's Search for Justice 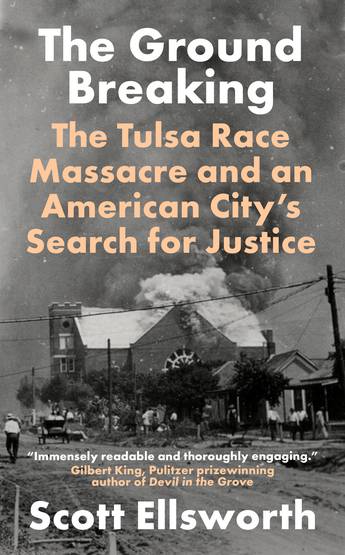 A gripping exploration of the worst single incident of racial violence in American history, timed to coincide with its 100th anniversary.

'Riveting ... Ellsworth deserves our thanks for his patient efforts to bring to light the history of the Tulsa Race Massacre' - London Review of Books

On 31 May 1921, in the city of Tulsa, Oklahoma, a mob of white men and women reduced a prosperous African American community, known as Black Wall Street, to rubble, leaving countless dead and unaccounted for, and thousands of homes and businesses destroyed.

But along with the bodies, they buried the secrets of the crime. Scott Ellsworth, a native of Tulsa, became determined to unearth the secrets of his home town. Now, nearly 40 years after his first major historical account of the massacre, Ellsworth returns to the city in search of answers. Along with a prominent African American forensic archaeologist whose family survived the riots, Ellsworth has been tasked with locating and exhuming the mass graves and identifying the victims for the first time. But the investigation is not simply to find graves or bodies - it is a reckoning with one of the darkest chapters of American history.

Praise for The Ground Breaking:

'[A] riveting, painful-to-read account of a mass crime that, to our everlasting shame … has avoided justice. Ellsworth's book presents us with a clear history of the Tulsa massacre and with that rendering, a chance for atonement … Readers of this book will fervently hope we take that opportunity.' - Washington Post

'[S]o dystopian and apocalyptic that you can hardly believe what you are reading. … But the story [it] tells is an essential one, with just a glimmer of hope in it. Because of the work of Ellsworth and many others, America is finally staring this appalling chapter of its history in the face. It's not a pretty sight.' - Sunday Times
More books by this author

Scott Ellsworth is an award-winning author and professor of history at the University of Michigan. His most recent book, The World Beneath Their Feet (John Murray, 2020) - described as 'gripping' by the Sunday Times - is the story of the international race to conquer the Himalayas.