Art, resistance and the making of modern China 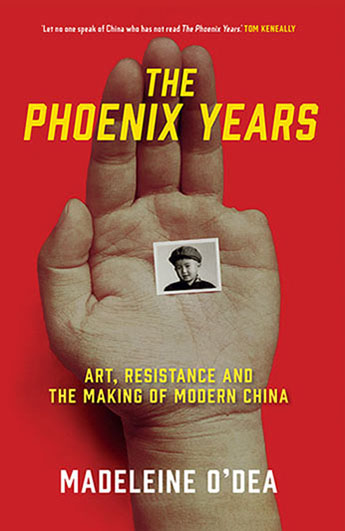 The transformation of modern China told through the eyes of its dissident artists and writers.

'Amidst all the chatter about China lies this rock of a book, a magnificent memoir/ history from the very core of modern Chinese society and history. It's a wonderful thing where the essential book and the delightful book are, as in this case, the one thing. Let no one speak of China who has not read The Phoenix Years.' Tom Keneally, author of Australians

The Phoenix Years tells the riveting story of China's rise from economic ruin to global giant in the four decades since the country started opening to the world in 1978. This remarkable narrative is informed and illuminated by another one running beneath its surface - the story of the country's emerging artistic avant-garde and the Chinese people's ongoing struggle for freedom of expression.

By following the personal stories of nine contemporary Chinese artists, The Phoenix Years shows how China's rise unleashed creativity, thwarted hopes and sparked tensions between the individual and the state that continue to this day. It relates the amazing years of self-discovery and hope in the 1980s, which ended in the disaster of the Tiananmen Square massacre. Following that tragedy comes the story of China's meteoric economic rise, of the opportunities that emerged and the difficult compromises artists and others have to make to be citizens in modern China.

Journalist and foreign correspondent Madeleine O'Dea has been an eyewitness for over 30 years to the rise of China, the explosion of its contemporary art and cultural scene, and its citizens' long struggle for free expression. Over that time she has known many of the key players, some of whom are now international art stars. Their stories tell the history of their country.

At once a fascinating and accessible account of the birth of modern China and a moving chronicle of decades of courageous political resistance and cultural activism, The Phoenix Years is vital reading for anyone interested in China today.
More books by this author

Madeleine O'Dea is a writer and journalist who has been covering the political, economic, and cultural life of China for the past three decades. She worked for five years with the Department of Prime Minister and Cabinet in Canberra before entering journalism as the Beijing correspondent for The Australian Financial Review in the late 1980s. She covered China throughout the 1990s as a producer with ABC Television. In 2004 she moved to Beijing and took up a position as a presenter and editor with China Radio International and later served as the arts editor for the magazine, the Beijinger. In 2010 she became the founding editor-in-chief of ARTINFO China and the Asia correspondent for Art+Auction and Modern Painters magazines. She now lives in Sydney.