The Three Battles of Wanat

And Other True Stories 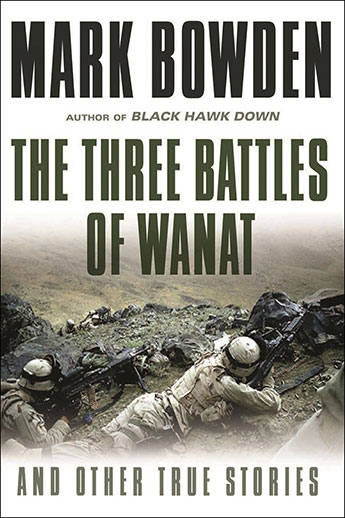 Mark Bowden has had a prolific career as one of America's leading journalists - this is an essential collection for any fan of his writing.

Ranging from war journalism to crime stories to profiles on influential leaders to pieces on sports, gambling and the impending impact of supercomputers on the practice of medicine, this collection is Bowden at his best. Pieces that will appear in the collection include 'The Three Battles of Wanat', which tells the story of a bloody engagement in Afghanistan and the extraordinary years-long fallout within the US military, 'The Drone Warrior', in which Bowden examines the strategic, legal and moral issues surrounding armed drones, and 'The Case of the Vanishing Blonde', which first appeared in Vanity Fair and recounts the chilling story of a woman who went missing from a Florida hotel only to turn up near the Everglades, brutally beaten, raped and still alive.

Also included are profiles on a diverse range of notable and influential people such as Joe Biden, Kim Jong-un, Judy Clarke who is well known for defending America's worst serial killers and David Simon, the creator of the successful HBO series The Wire.
More books by this author

Mark Bowden is the author of twelve books, including the #1 New York Times bestseller Black Hawk Down. He reported at The Philadelphia Inquirer for twenty years and now writes for Vanity Fair, The Atlantic, and other magazines. His most recent book is The Finish: The Killing of Osama bin Laden.