Voices of the Windrush Generation

The real story told by the people themselves 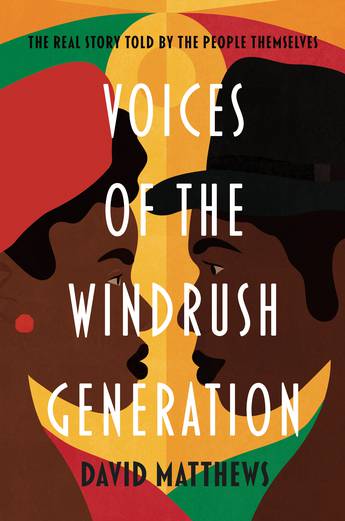 The real story of the Windrush Generation told by the people themselves - a celebration of black British culture and history.

Voices of the Windrush Generation is a powerful collection of stories from the men, women and children of the Windrush generation - West Indians who emigrated to Britain between 1948 and 1971 in response to labour shortages, and in search of a better life.

Edited by journalist and bestselling author David Matthews, this book paints a vivid portrait of what it meant for those who left the Caribbean for Britain during the early days of mass migration.

Through his own, and many other stories, Matthews explores: why and how so many people came to Britain after World War II, their hopes and dreams, the communities they formed and the difficulties they faced being separated from family and friends while integrating into an often hostile society. We hear how lives were transformed, and what became of the generations that followed, taking the reader right up to the present day, and the impact of the current Windrush deportation scandal upon everyday people.

At once a nostalgic treasure trove of human interest, which unearths the real stories behind the headlines, and a celebration of black British culture, Voices of the Windrush Generation is an absorbing and important book that gives a platform to voices that need to be heard.
More books by this author

David Matthews is a bestselling writer and journalist. He has written for various newspapers and publications, including the Observer, Sunday Times, GQ and Esquire and has reported for the BBC and Channel 4. He is the author of four books, including Looking For A Fight, which was shortlisted for the 2001 William Hill Sports Book of the Year award, and he has produced several critically acclaimed documentaries, including Black Nurses: The Women Who Saved The NHS (BBC4); Michael Johnson: Survival of the Fastest (Channel 4) and Hutch: High Society's Favourite Gigolo (Channel 4).