Inside Julian Assange's War on Secrecy 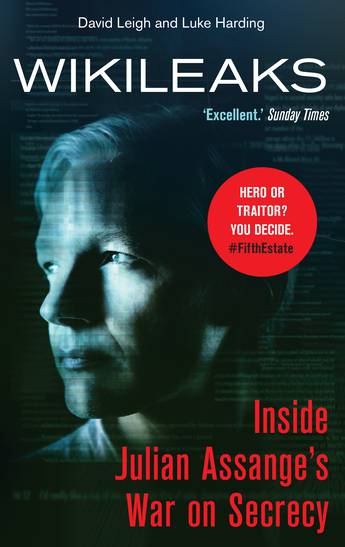 The ultimate book on the WikiLeaks scandal.

It was the biggest leak in history. WikiLeaks infuriated the world's greatest superpower, embarrassed the British royal family and helped cause a revolution in North Africa. The man behind it was Julian Assange, one of the strangest figures ever to become a worldwide celebrity. Internet messiah or cyber-terrorist? Information freedom fighter or sex criminal? In this film tie-in edition, award-winning Guardian journalists David Leigh and Luke Harding follow the story as it takes on ever-weirder twists and turns.

In London, Assange went to ground in the back bedroom of the Ecuadorian embassy. Meanwhile, in a courtroom near Washington, the fate of the US army whistleblower Bradley Manning hung in the balance. And in Hawaii, a young man named Edward Snowden, working as a contractor for the National Security Agency, was about to take WikiLeaks into even darker territory.
More books by this author

David Leigh is a journalist, author, editor, and Anthony Sampson Professor of Reporting in the journalism department at City University London. He has been a prominent investigative journalist since the 1970s and is currently investigations editor of The Guardian. He was educated at Nottingham High School and King's College, Cambridge, receiving a research degree from Cambridge in 1968. He was a journalist for the Scotsman, Times, and Guardian (UK) and a Laurence Stern fellow at the Washington Post in 1980. From 1980, he was chief investigative reporter at the Observer. Luke Harding is the Guardian's Moscow correspondent. He was previously the Guardian's South Asia correspondent in New Delhi and has reported for the paper from Afghanistan and Iraq. He is the author of Mafia State.