The Passion of Pussy Riot 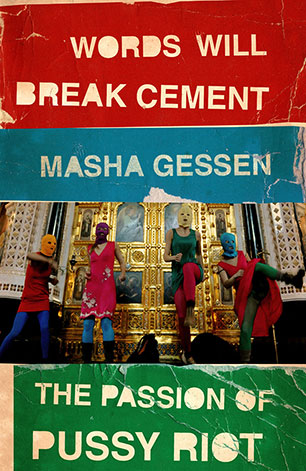 Keynote The story of Pussy Riot, punk icons and Russian dissenters, and the untold story of their infamous trial and on-going global significance.

On February 21st 2012, five members of an obscure feminist post-punk collective called Pussy Riot staged a performance in Moscow's Cathedral of Christ the Saviour. Dressed in their trademark brightly coloured dresses and balaclavas, the women performed their song 'Punk Prayer - Mother of God, Chase Putin Away!' in front of the altar. The performance lasted only 40 seconds but it resulted in two-year prison sentences for three of the performers -and has turned Pussy Riot into one of the most well-known and important protest movements of the last five years.

This necessary and timely book is an account of the Pussy Riot protest, the ensuing global support movement, and the tangled and controversial trial of the band members. It explores the status of dissent in Russia, the roots of the group and their adoption - or appropriation - by wider collectives, feminist groups and music icons. Masha Gessen has unique access to the band and those closest to them. Her unrivalled understanding of the Russian protest movement makes her the ideal writer to document and explain the rage, the beauty and the phenomenon that is Pussy Riot.
More books by this author

Masha Gessen is a journalist and the author of several books including Blood Matters. She has contributed to the New Republic, the New Statesman, Granta, Slate and Vanity Fair. Gessen lives in Moscow.