Industry funds and the fight for universal superannuation in Australia 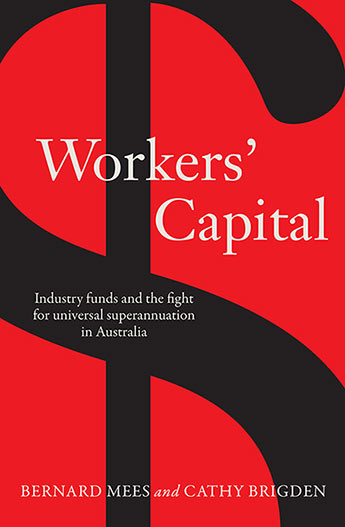 The first major history of Australia's unique and world-leading system of industry superannuation.

Superannuation was once a privilege granted only to company head office staff and career public servants. Now in Australia nearly all workers have access to employer-contributed superannuation, and it is a fundamental pillar of Australia's retirement income system.

Workers' Capital tells the story of the Australian superannuation revolution led by trade unions in the 1980s. After a series of hard-fought industrial campaigns, an enormous financial industry was created, involving hundreds of thousands of employers and covering millions of fund members. From having one of the worst retirement savings systems in the developed world, in three decades Australia had one of the best. Now the funds held in Australian superannuation accounts exceed the entire market capitalisation of all the companies on the Australian Stock Exchange.

Drawing on interviews with the key players and extensive archival research, Workers' Capital is the first systematic history of the unique Australian system of industry superannuation.

'Startling and informative-I thought I knew a lot about the industry superannuation phenomenon, but this one took me by surprise. For a topic so important, a real page-turner.'Gerard Noonan, Chair of Media Super, former editor of Australian Financial Review

3. The push for universal superannuation