A Journey Through the Mysterious, Miraculous World of Blood 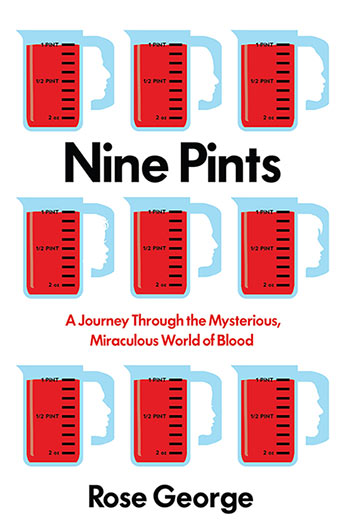 From a prize-winning writer, a fascinating exploration of blood: the stuff of life, the stuff of nightmares, and one of the most expensive liquids on the planet.

Most humans contain between nine and twelve pints of blood. Here Rose George, who probably contains nine pints, tells nine different stories about the liquid that sustains us, discovering what it reveals about who we are. In Nepal, she meets girls challenging the taboos surrounding menstruation; in the Canadian prairies, she visits a controversial plasma clinic; in Wales she gets a tour of the UK's only leech farm to learn about the ancient art of blood-letting and its modern revival in microsurgery; and in a London hospital she accompanies a medical team revolutionising the way we treat trauma.

Nine Pints reveals the richness and wonder of the potent red fluid that courses around our bodies, unseen but miraculous.
More books by this author

Rose George is the author of A Life Removed: Hunting for Refuge in the Modern World, and (for Portobello) The Big Necessity: Adventures in the World of Human Waste, which was judged one of the best books of 2008 by the Economist, and one of the top ten science books of the same year by the American Library Association, and Deep Sea and Foreign Going: Inside Shipping, the Invisible Industry that brings you Ninety Percent of Everything, which was a Radio 4 Book of the Week, and won the Mountbatten Literature Award by the British Maritime Foundation. Rose writes frequently for the Guardian, New Statesman, Scientific American, and many others, and her two TED talks, on sanitation and seafaring, have had nearly 3 million views.
http://rosegeorge.com/site/