Finding your majesty in the mayhem 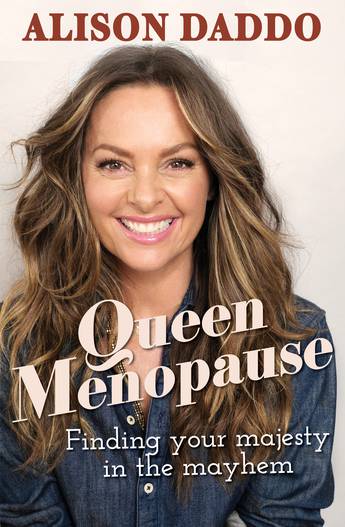 A friendly, frank, compassionate and comprehensive companion for any woman experiencing menopause, or anyone wondering what to expect.

We live in a world where women are still mostly seen as second class, where our beauty is our currency and our aging bodies render us somewhat invisible.

Women are powerful, especially as we get older, when we begin to care less about the external. We forget the society standard and turn our back on the beauty stamp of approval . . .

Now that I've crossed that invisible line into menopause, into the second half of my life, I look around me in wonder . . . and sometimes despair. It's a challenge to not see yourself the way your culture sees you.

Every woman will eventually go through menopause - that's half the population of the planet! And yet it's something that is still not fully explored. It's held in shame by some women and ignored by others. It can be devastating to some and a call to freedom for others. After going through her own 'change', Ali Daddo wanted to explore all the feelings around menopause and especially the post-menopausal years that so many women talk about as being 'the best years of their life'.

Through sharing her own experience in a very real way, Ali hopes that women won't feel so alone in what can be a very lonely time. Alongside stories from some very well known Australian women, including Georgie Parker, Anita Heiss and Rhonda Burchmore, Queen Menopause is the book Ali wishes she'd had when she was approaching menopause - so she could have been better prepared for what was coming, embraced the process and felt supported.

This is for all women.

Alison Brahe began working as a model at 16 years old. She was an instant hit in both the magazine and commercial worlds and soon found herself in demand in Australia, London and Tokyo. Big name clients like Coca Cola and Speedo came calling, as well as magazines like Cosmopolitan, Cleo and Dolly. In 1992, she graced the cover of Dolly seven times and in Cleo was voted among the "Top Most Influential Women of the Century" by its readers. Alison was the face of Portmans through their most successful period and later became the face of the Jacqui E clothing label. In the 90's Alison became the host of one of Australia's most enduring and successful children's television programs, Here's Humphrey. She went on to host her own afternoon show for the NINE Network, Guess What?. In December 1991, Alison married actor/singer Cameron Daddo. Together they moved to Los Angeles in 1992. It came as a shock to Alison's management when one day she walked away from a lucrative modeling and acting career to follow her heart. In 2013, she achieved her degree from UCLA in Early Childhood, and embarked on a successful career in childcare. Alison returned with her family to Australia in 2016 to spend time with her parents and unite her children with her homeland. She still teaches and has created alongside her husband a podcast called "Separate Bathrooms" with Nova Entertainment.