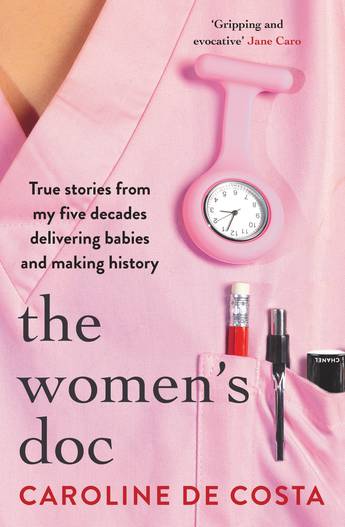 Funny and poignant stories from the labour ward and from the frontline of campaigns for women's reproductive rights, from Australia's best known obstetrician.

'We never train women in Sydney,' Caroline de Costa was told in 1974 when she applied to become a junior registrar in obstetrics and gynaecology. She and her husband packed their bags and their children, and headed for Dublin.

When Caroline first started in medicine, being an unmarried mother was frowned on, cane toads were used for pregnancy tests, and giving birth was much riskier than it is today. Her funny and poignant stories of bringing babies into the world show that, while much has changed, women still work hard and it remains a bloody business. A birth plan is no guarantee of a normal birth (whatever that is).

Men have always wanted to control women's bodies, and Caroline has been instrumental in giving Australian women of all backgrounds the opportunity to resist, and to choose when and how they have babies. Her behind-the-scenes stories reveal it's often the little things that win a campaign.

'An enthralling and at times eye-popping ride through her brilliant career as an obstetrician and fierce advocate for women's reproductive freedom.' - Anne Summers

'Caroline de Costa has lived an exciting and unusual life, is a brilliant doctor, a fierce and trailblazing feminist and now reveals herself as a gripping and evocative writer!' - Jane Caro
More books by this author

Caroline de Costa is the first woman to become a professor of obstetrics and gynaecology in Australia, and she has been a major contributor to Australian women getting the reproductive health services they need. She is a professor at James Cook University in Cairns, editor of The Australian and New Zealand Journal of Obstetrics & Gynaecology, author of 15 books and mother of seven children.