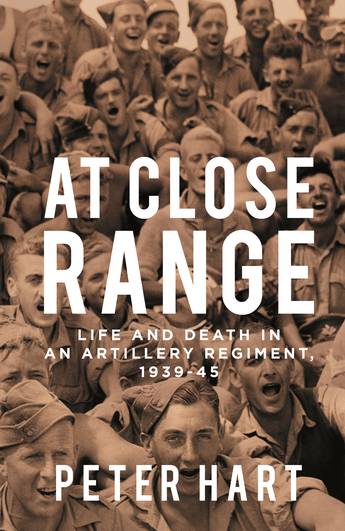 A British Band of Brothers: a thrilling account of the Second World War, told through the eyes of a regiment who fought at battles from Tobruk to the D-Day Landings.

The best way to understand what it was like to fight in the Second World War is to see it through the eyes of the soldiers who fought it. The South Notts Hussars fought at almost every major battle of the Second World War, from the Siege of Tobruk to the Battle of El Alamein and the D-Day Landings.

Here, Peter Hart draws on detailed interviews conducted with members of the regiment, to provide both a comprehensive account of the conflict and reconstruct its most thrilling moments in the words of the men who experienced it.

This is military history at its best: outlining the path from despair to victory, and allowing us to share in soldiers' hopes and fears; the deafening explosions of the shells, the scream of the diving Stukas and the wounded; the pleasures of good comrades and the devastating despair at lost friends.
More books by this author

Peter Hart is the oral historian at the Imperial War Museum. His last book The Last Battle: Endgame on the Western Front, 1918 won the Military History Matters Book of the Year Award 2018.