Between the Devil and the Deep Blue Sea

The mission to rescue the hostages the world forgot 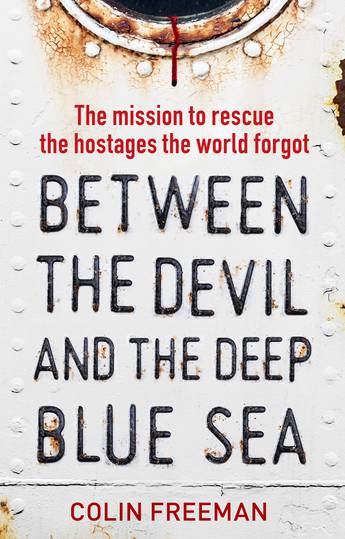 During the peak of the Somali piracy crisis, three ships - from Malaysia, Thailand and Taiwan - were hijacked and then abandoned to their fate by their employers, who lacked the money to pay ransoms. All would still be there, were it not for Colonel John Steed, a retired British military attache, who launched his own private mission to free them.

At 65, Colonel Steed was hardly an ideal saviour. With no experience in hostage negotiations and no money behind him, he had to raise the ransom cash from scratch, running the operation from his spare room and ferrying million-dollar ransom payments around in the boot of his car.

Drawing on first-hand interviews, former chief foreign correspondent of The Sunday Telegraph, Colin Freeman, who has himself spent time held hostage by Somali pirates, takes readers on an inside track into the world of hostage negotiation and one man's heroic rescue mission.
More books by this author

Colin Freeman is an author and journalist specialising in foreign affairs. He was chief foreign correspondent of The Sunday Telegraph from 2006-2016, covering mainly the Middle East and Africa. Today he contributes to a variety of publications including The Telegraph magazine, the Spectator and From Our Own Correspondent on BBC Radio 4. He lives with his family in London.