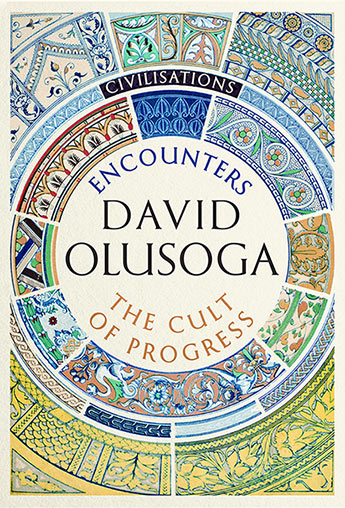 Companion to the BBC series CIVILISATIONS. screening on SBS from December 2018.

What happened to art in the great Age of Discovery when civilisations encountered each other for the first time?

In the Americas, the Spanish were so baffled by Aztec art that they melted the gold treasures they looted, repurposing it to make their own glorious art. David Olusoga explores the reactions of Europeans in Africa amidst the Ife and Kongo, and show Albert Eckhout's incredible studies of Brazilians as encountered by the Dutch. Olusoga explains how the Japanese remained steadfast to their own artistic identity in the face of their own increasing influence from the Dutch, and show how on the other hand India was changed forever by the arrival of the East India Company.
More books by this author More books in this series

David Olusoga is an Anglo-Nigerian historian and producer. Working across radio and television, his programmes have explored the themes of colonialism, slavery and scientific racism. He has travelled extensively in Africa, and has been drawn to Namibia and its troubled history for several years. He has written three books: The Kaiser's Holocaust, The World's War and Black and British: A Forgotten History. He currently works as a producer for the BBC.