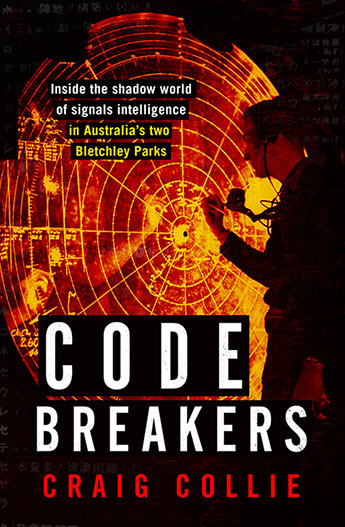 The extraordinary untold story of the brilliant men who cracked the Japanese codes from Australia during World War II.

At the height of World War II in the Pacific, two secret organisations existed in Australia to break Japan's military codes. They were peopled by brilliant and idiosyncratic cryptographers, including some with achievements in mathematics and the Classics and others who had lived or grown up in Japan. These men patiently and carefully unravelled the codes in Japanese signals, ultimately playing a crucial role in the battles of Midway and the Coral Sea, as well as Macarthur's push into the Philippines. An intercept station in the Queensland bush brought about the end of Admiral Yamamoto.

But this is more than a story of codes. It is an extraordinary exploration of a unique group of men and their intense personal rivalries and loathing, of white-anting and taking credit for others' achievements. It is also the story of a fierce inter-national and inter-service political battle for control of war-changing intelligence between a group of cryptographers based at the Monterey apartment block in Melbourne's Albert Park and General MacArthur's counter group that eventually established its headquarters in suburban Brisbane. What happened between these two groups would have consequences for intelligence services in the years to follow.

Code Breakers brings this surprising and very secret world and the men who operated in it to rich life for the first time.

Craig Collie is the author of the highly acclaimed The Path of Infinite Sorrow: The Japanese on the Kokoda Track and Nagasaki: The massacre of the innocent and unknowing, as well as The Reporter and the Warlords: An Australian at large in China's republican revolution. He is a TV producer-director by background and was series producer of A Big Country and Quantum. He has been Production Executive at the Australian Film TV & Radio School and head of TV Production at SBS.

1. Burn the codes and ciphers

2. Pioneer of the code breaker's craft

4. The road to Corregidor

6. The turning of the tide

12. The front line and the back room