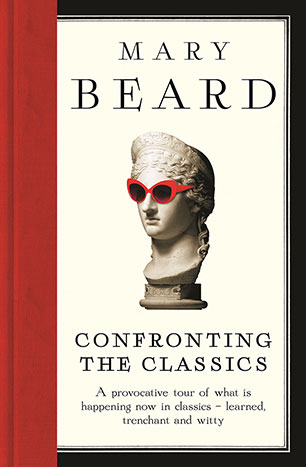 Drawing on thirty years of writing about Greek and Roman history, Mary Beard takes us on an exhilarating journey through the extraordinary riches of the classical heritage, and why it still matters.

Mary Beard is one of the world's best-known classicists - a brilliant academic, with a rare gift for communicating with a wide audience both though her TV presenting and her books.

In a series of sparkling essays, she explores our rich classical heritage - from Greek drama to Roman jokes, introducing some larger-than-life characters of classical history, such as Alexander the Great, Nero and Boudicca. She also invites you into the places where Greeks and Romans lived and died, from the palace at Knossos to Cleopatra's Alexandria - and reveals the often hidden world of slaves. She brings back to life some of the greatest writers of antiquity - including Thucydides, Cicero and Tacitus - and takes a fresh look at both scholarly controversies and popular interpretations of the ancient world, from The Golden Bough to Asterix.

The fruit of over thirty years in the world of classical scholarship, Confronting the Classics captures the world of antiquity and its modern significance with wit, verve and scholarly expertise.
More books by this author

Mary Beard is a professor of classics at Newnham College, Cambridge, and the classics editor of the TLS. She has world-wide academic acclaim, and is a fellow of the British Academy and a member of the American Academy of Arts and Sciences. Her previous books include the best-selling, Wolfson Prize-winning Pompeii, The Roman Triumph and The Parthenon (in the Wonders of the World series of which she is general editor). Her TLS blog has been collected in the books It's a Don's Life [9781846682513] and All in a Don's Day [9781846685361].