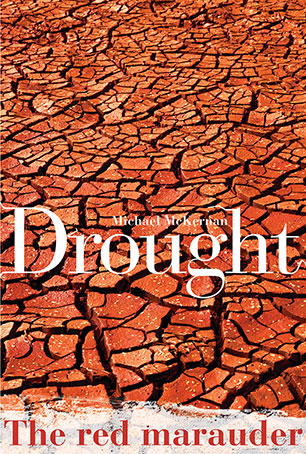 The story of drought, told through the eyes of people who have lived through droughts over the more than 200 years of European settlement - a story of creativity, endurance and suffering.

The images of drought-baked, cracked earth, dried up river beds, the skeletons of dead animals, and despairing farmers are part of Australia's vision of itself.

Drought is a fact of life in this country and there is usually a drought somewhere in Australia at any particular time. Yet there has been a reluctance to acknowledge drought as a regular feature of Australian life and the arrival of drought is often greeted with what one commentator called indignant surprise.

The story of drought is told through the eyes of people who have lived through droughts over the more than 200 years of European settlement. This is a story of their creativity, their endurance, and their suffering which have not become a significant part of the historians' picture of Australia.

How have governments sought to manage drought?

The book will move chronologically through the drought years but will be alert to the dangers of repetition and a numbingly similar pattern. It will cover the whole of the continent. It will seek the unusual and the exemplary story. It will try to get the smell of the land and the sweat of the oppressed farmer and his family into the nostrils of the readers. It will be heavily illustrated.
More books by this author

Michael McKernan is a widely published historian, university lecturer, museum administrator, writer and broadcaster. His constant interest has been the story of the Australian people. His other works include Australia: Two Centuries of War and Peace and The Strength of a Nation.

do not know how to replenish it'

4 'Really it's a wonder there are not more mad managers'

5 'Buying their experience through their mistakes'

6 'Drought sneaks up on you, but so does war'

7 'It is the one certainty of their way of life'