The Allied Bombing of Germany and Japan 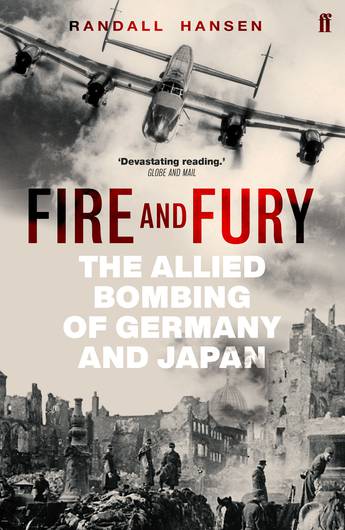 When does war end...and slaughter begin?

During World War II, Allied bombing obliterated every major German and Japanese city. Before the dropping of the atomic bombs, conventional bombing had killed approximately 400,000 Germans and 330,00 Japanese, the vast majority civilians. Fully 83,000 British, Commonwealth, and American airmen lost their lives, all but some 3,000 over Germany.

Two-thirds of Germans who died under the bombs did so in 1944 and 1945, and in the last year of the war cities with little military were obliterated. In Japan, American bombers destroyed all but three major Japanese cities, and the people in them, after March 1945. These raids occurred, in other words, when Allied victory was assured and when precision bombing techniques were far more advanced than they were earlier in the war.

Fire and Fury: The Allied Bombing of Germany and Japan asks why.

Based on extensive archival sources, interviews with bombing survivors, airmen, and published first-hand accounts, the book looks at the bombing campaign from an avowedly human perspective - Allied, German and Japanese. It recreates the experience of living through the death of a city. It presents the complex personalities of the senior airmen, and explores why bombing campaigns that seem so excessive seventy-five years later seemed reasonable, to many, at the time. It explains why those campaigns became so murderous so late in the war. And it asks, with the full benefits of time's fullness, whether it was all worth it.
More books by this author

Randall Hansen hods the chair in politics at the University of Toronto. He has a doctorate from the University of Oxford, where he was a Commonwealth scholar and tutorial fellow. He has given public lectures throughout Europe and North America, and regularly speaks on local, national and international radio.