Histories of the Unexpected: The Vikings 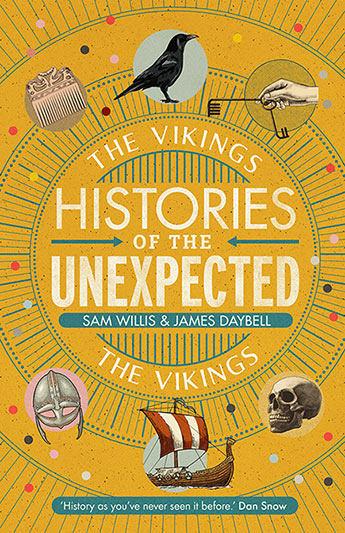 In this new series of short books under the Histories of the Unexpected brand, Sam Willis and James Daybell take on some of greatest historical subjects but in an entirely unexpected way.

Histories of the Unexpected not only presents a new way of thinking about the past, but also reveals the everyday world around us as never before.
More books by this author More books in this series

Dr Sam Willis is one of the country's best-known historians. His work takes him on adventures all over the world. He has made twelve TV series for the BBC and National Geographic, including The Silk Road, and has written fourteen books, most recently The Struggle for Sea Power: The Royal Navy vs the World, 1775-1782 and The Spanish Armada, a Ladybird Expert Book.

James Daybell is Professor of Early Modern British History at the University of Plymouth and a Fellow of the Royal Historical Society. He has written eight books and has appeared in a number of historical BBC TV documentaries.