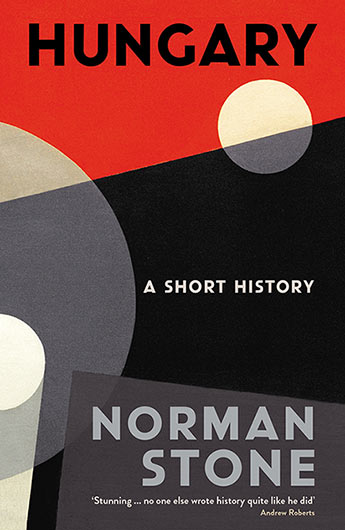 In this robust overview of Hungarian history, award-winning historian professor Norman Stone tells the story of the nation's struggle for self-determination and survival.

The victors of the First World War created Hungary from the ruins of the Austro-Hungarian empire, but, in the centuries before, many called for its creation. Norman Stone traces the country's roots from the traditional representative councils of land-owning nobles to the Magyar nationalists of the nineteenth century and the first wars of independence.

Hungary's history since 1918 has not been a happy one. Economic collapse and hyperinflation in the post-war years led to fascist dictatorships and then Nazi occupation. Optimism at the end of the Second World War ended when the Iron Curtain descended, and Soviet tanks crushed the last hopes for independence in 1956 along with the peaceful protests in Budapest. Even after the fall of the Berlin Wall, consistent economic growth has remained elusive.

This is an extraordinary history - unique yet also representative of both the post-Soviet bloc and of nations forged from the fall of empires.
More books by this author

Norman Stone was one of Britain's greatest historians. He was until recently Professor of European History in the Department of International Relations at Bilkent University, having been Professor of Modern History at Oxford, lecturer at Cambridge, and adviser to Margaret Thatcher. His major works include The Eastern Front, 1914-1917 (winner of the Wolfson Prize), Europe Transformed and The Atlantic and Its Enemies. He died in 2019.