In Defence Of History 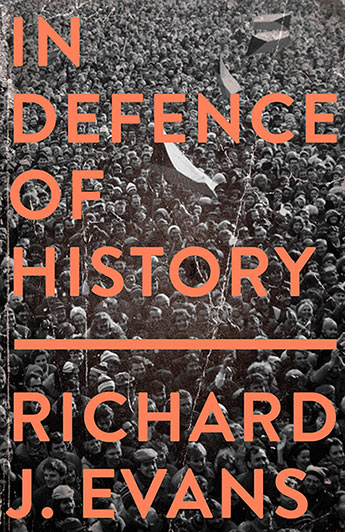 The classic explanation of the craft of history and the vital worth of historians to civilization -- more relevant than ever in the post-fact world.

In this volume, English historian Richard Evans offers a defence of the importance of his craft. At a time when fact and historical truth are under unprecedented assault, Evans shows us why history is necessary. Taking us into the historians' workshop to show us just how good history gets written, he demolishes the wilder claims of postmodern historians, who deny the possibility of any realistic grasp of history, and explains the deadly political dangers of losing a historical perspective on the way we live our lives.
More books by this author More books in this series

Richard J. Evans is Regius Professor Emeritus of History at Cambridge University, and Provost of Gresham College in the City of London. He has taught at the University of East Anglia, where he was Professor of European History, and Birkbeck, University of London, where he was Professor of History and Vice-Master. His many books include The Coming of the Third Reich (2003), The Third Reich in Power (2005) and The Third Reich at War (2008), as well as a collection of essays, The Third Reich in History and Memory (2015). His most recent books are Altered Pasts: Counterfactuals in History (2013) and The Pursuit of Power: Europe 1815-1914 (2016). He is a Fellow of the British Academy and the Royal Society of Literature. His many awards and distinctions include the British Academy Leverhulme Medal and Prize, the Norton Medlicott Medal of the Historical Association, the William H. Welch Medal of the American Association for the History of Medicine, and the Medal for Arts and Sciences of the Free and Hanseatic City of Hamburg. He is a frequent contributor to radio and television programmes, including Free Thinking. His books have been awarded the Wolfson History Prize and the Fraenkel Prize for Contemporary History. He was knighted for services to scholarship in 2012.