Kidnapped by the Junta

Inside Argentina's Wars with Britain and Itself 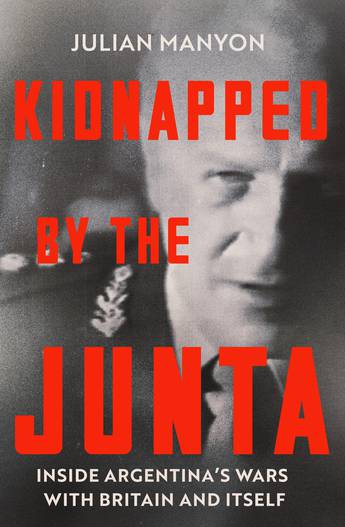 Acclaimed ITN journalist Julian Manyon digs down into Argentina's 'Dirty War' and its effect on the Falklands conflict.

On 12 May 1982 as the Falklands conflict became a shooting war, ITN journalist Julian Manyon and his TV crew were kidnapped on the streets of Buenos Aires and put through a traumatic mock execution by the secret police. Less than eight hours later they were invited to film a world exclusive interview with an apologetic President Galtieri, head of the Argentine Junta.

Spurred on by the recent release of declassified CIA documents about Argentina's 'Dirty War', Manyon discovered the identity of his kidnapper and his terrifying record of torture and murder in the bloody struggle against left-wing opposition.

Timed to coincide with the 40th anniversary of the Falklands conflict, this book is an extraordinary personal insight into the war behind the war, seen through the eyes of a reporter who was fortunate to escape with his life.
More books by this author

Julian Manyon was a journalist specialising in international stories for more than 40 years, starting in Vietnam and working in Argentina during the Falklands War. He became a long-serving foreign correspondent for ITN, and has won numerous awards for his work.

He lives in Suffolk.