How Women Discovered Exercise and Reshaped the World 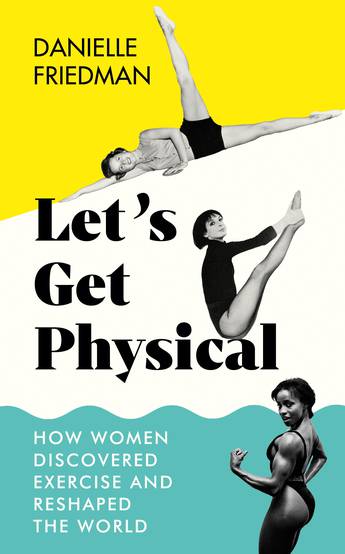 The untold history of women's exercise culture, from jogging and Jazzercise to Jane Fonda.

Author of The Cut's viral article shared thousands of times unearthing the little-known origins of barre workouts, Danielle Friedman explores the history of women's exercise, and how physical strength has been converted into other forms of power.

Only in the 60s, thanks to a few forward-thinking fitness pioneers, did women begin to move en masse. In doing so, they were pursuing not only physical strength, but personal autonomy.

Exploring barre, jogging, aerobics, weight training and yoga, Danielle Friedman tells the story of how, with the rise of late-20th century feminism, women discovered the joy of physical competence - and how, going forward, we can work to transform fitness from a privilege into a right.
More books by this author

Danielle Friedman is an award-winning journalist whose writing has appeared in The New York Times, New York Magazine's The Cut, Vogue, Harper's Bazaar, Glamour, Health, and other publications. She has worked as a senior editor at NBC News Digital and The Daily Beast, and she began her career as a nonfiction book editor at the Penguin imprints Hudson Street Press and Plume. She lives in New York City with her husband and son.