Correspondence from the Soviet Gulag 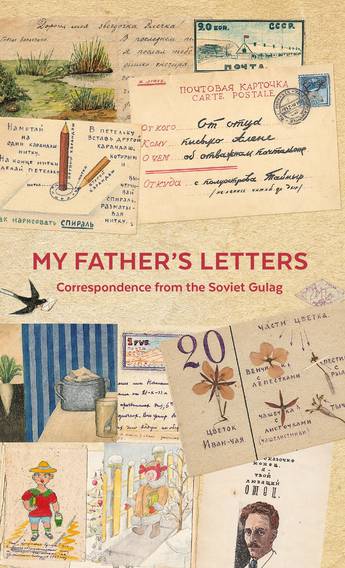 A profoundly moving and powerful historical record - the letters sent by fathers imprisoned in the Gulag camps to their children.

'They will live as human beings and die as human beings; and in this alone lies man's eternal and bitter victory over all the grandiose and inhuman forces that ever have been or will be.' - Vasily Grossman, Life and Fate

Between the 1930s and 1950s, millions of people were sent to the Gulag in the Soviet Union. My Father's Letters tells the stories of 16 men - mostly members of the intelligentsia, and loyal Soviet subjects - who were imprisoned in the Gulag camps, through the letters they sent back to their wives and children. Here are letters illustrated by fathers keen to educate their children in science and natural history; the tragic missives of a former military man convinced that the terrible mistake of his arrest will be rectified; the 'letter' stitched on a bedsheet with a fishbone and smuggled out of a maximum security camp. My Father's Letters is an immediate source of life in prison during Stalin's Great Terror. Almost none of the men writing these letters survived.
More books by this author

Memorial Human Rights Centre is a Russian historical and civil rights group that operates in a number of post-Soviet states. It focuses on recording and publicising the Soviet Union's totalitarian past, and monitoring human rights in Russia and other post-Soviet states.

Georgia Thomson is a translator from Russian to English. She studied at the Institute Superieur d'Interpretation et de Traduction (ISIT) in Paris and went on to attain a First Class Hons degree in Russian and French. She lived in Moscow for several years and is now based in London.