The Creation of an Icon 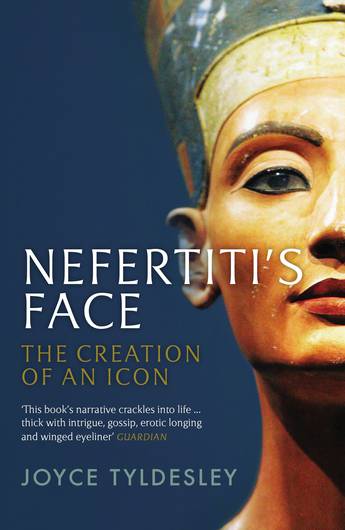 Exploring the story behind Ancient Egypt's most famous artwork.

More than three thousand years ago a sculptor working in the royal city of Amarna carved a limestone bust of an Egyptian queen. The queen was Nefertiti, consort of the 'heretic pharaoh' Akhenaten. Plastered and painted, Nefertiti's bust depicted an extraordinarily beautiful woman. However, Akhenaten's reign was drawing to an end, and the royal family was soon to be written out of Egypt's official history. Not long after its creation the stone Nefertiti was locked in a storeroom and forgotten.

In 1912 the bust was re-discovered and transported to Germany. Initially hidden from the public view, the beautiful queen was eventually displayed in Berlin Museum. Instantly, she became an ancient world celebrity.

Egypt has yielded more than its fair share of artistic masterpieces, but no other sculpture has so successfully bridged the gap between the ancient and modern worlds. The timeless beauty of the Nefertiti bust both attracts us and sparks our imagination, but in so doing it obscures our view of the past, shifting attention not only from the other members of the Amarna court, but also from other, equally valid, representations of Nefertiti herself. In this book Joyce Tyldesley explores the creation of a cultural icon, from its ancient origins to its modern context: its discovery, its display, and its dual role as a political pawn and artistic inspiration.
More books by this author

Joyce Tyldesley is a Reader in Egyptology at the University of Manchester, and an Honorary Research Associate of the Manchester Museum. She is the author of many books on ancient Egypt, including Cleopatra, Last Queen of Egypt, which was a Radio 4 Book of the Week and Tutankhamen's Curse: The Developing History of an Egyptian King, which won the 2014 Felicia A. Holton Book Award given by the Archaeological Institute of America.