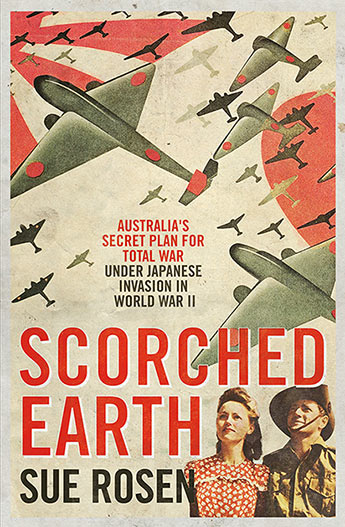 Hidden for 75 years, the top secret government documents outlining preparations for the event of a Japanese invasion of Australia in 1942 have finally been discovered. They reveal an extraordinarily comprehensive plan to thwart Japanese troops, and a population that would go to great lengths to avoid being enslaved.

In 1942 the threat of Japanese invasion hung over Australia. The men were away overseas, fighting on other fronts, and civilians were left unprotected at home.

Following the attack on Pearl Harbor and the Japanese advance south, Prime Minister Curtin ordered state governments to prepare. From January 1942, a team frantically pulled together secret plans for a 'scorched earth' strategy. The goal was to prevent the Japanese from seizing resources for their war machine as they landed, and capturing Australians as slaves as they had done in Malaya and elsewhere in Asia.

After the war these top secret plans were forgotten. This is the first time they have ever been made public.

'This is a treasure trove, a gold mine, a Christmas-every-day cornucopia of rich Australian history...' - Peter Grose, author of An Awkward Truth and A Very Rude Awakening.
More books by this author

Sue Rosen is a historian and heritage consultant. She is the author of several books including Bankstown: A sense of identity, and We Never Had a Hotbed of Crime! Life in twentieth-century South Sydney.