The True Story of the World's Most Stubborn Micronation 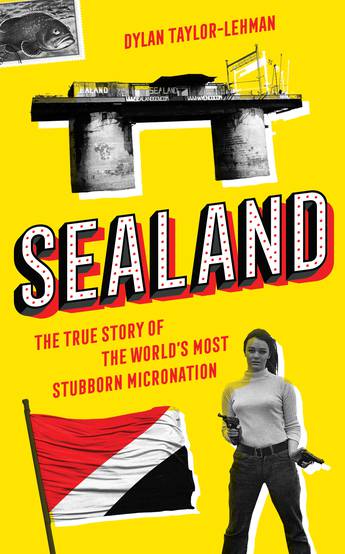 The raucous, stranger-than-fiction tale of Sealand - the tiny island nation off the Suffolk coast.

In 1967, retired army major and self-made millionaire Paddy Roy Bates inaugurated himself ruler of the Principality of Sealand on a World War II Maunsell Sea Fort near Felixstowe - and began the peculiar story of the world's most stubborn micronation.

Having fought off attacks from UK government officials and armed mercenaries for half a century - and thwarted an attempted coup that saw the Prince Regent taken hostage - the self-proclaimed independent nation still stands. It has its own constitution, national flag and anthem, currency, and passports - and offers the esteemed titles of 'Lord' or 'Lady' to its loyal patrons.

Incorporating original interviews with surviving members of the principality's royal family, and many rare, vintage photographs, Dylan Taylor-Lehman recounts the outrageous attempt to build a sovereign kingdom by a family of rogue, larger-than-life adventurers on an isolated platform in the freezing waters of the North Sea.
More books by this author

Dylan Taylor-Lehman is an award-winning writer and journalist. He has written for a variety of publications about landfill ecosystems, strange crimes, modern Kafkology, and the history of the Spanish tortilla. He lives in Ohio.