The Women Who Ruled England Before Elizabeth 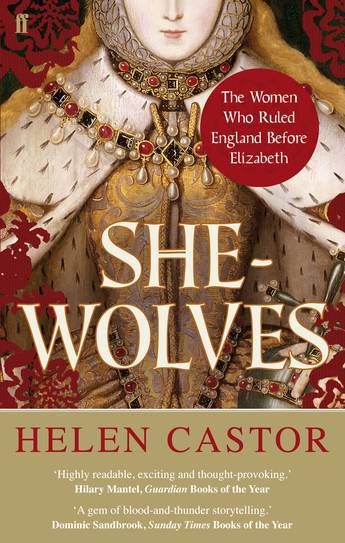 The fascinating story of how royal power came to lie in female hands for the first time under the Tudor queens - and of the four women who came before them who, whilst never reigning monarchs, held great power.

When Edward VI - Henry VIII's longed-for son - died in 1553, extraordinarily, there was no one left to claim the title King of England. For the first time, all the contenders for the crown were female.

In 1553, England was about to experience the 'monstrous regiment' - the unnatural rule - of a woman. But female rule in England also had a past. Four hundred years before Edward's death, Matilda, daughter of Henry I and granddaughter of William the Conquerer, came tantalisingly close to securing her hold on the power of the crown. And between the 12th and the 15th centuries three more exceptional women - Eleanor of Aquitaine, Isabella of France, and Margaret of Anjou - discovered, as queens consort and dowager, how much was possible if the presumptions of male rule were not confronted so explicitly.

The stories of these women - told here in all their vivid humanity - illustrate the paradox which the female heirs to the Tudor throne had no choice but to negotiate. Man - was the head of woman; and the king was the head of all. How, then, could a woman be king, how could royal power lie in female hands?
More books by this author

Helen Castor is a historian of medieval England, and a Fellow of Sidney Sussex College, Cambridge. Her last book, Blood and Roses, a biography of the 15th century Paston family, was longlisted for the Samuel Johnson Prize in 2005 and won the English Association's Beatrice White Prize in 2006. She lives in London with her husband and son.