An American Tank Gunner, His Enemy and a Collision of Lives in World War II 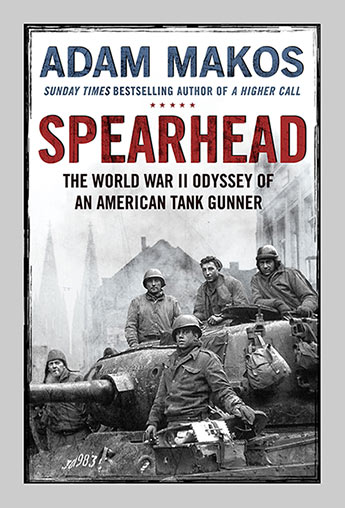 From the author of the bestselling A Higher Call comes the remarkable story of an unsung hero of World War II.

Spearhead honours an unsung hero of World War II, Clarence Smoyers, who deplored violence but became the gunner of one of the first Pershing tanks in the European Theatre, spearheading the American invasion of Germany. Smoyers's story is a powerful evocation of the lives and challenges of the 'tankers', so critical to the war effort, as well as of German civilians caught up in the conflict.

Nearly seventy years later, Smoyer and Buck Marsh, his armoured infantry comrade, return to meet the German Panther gunner, Gustav Schaefer, they had defeated at the Battle of Cologne - healing the wounds of World War II.
More books by this author

Adam Makos is a journalist, historian and editor of the military magazine, Valor. Makos has interviewed countless veterans from the Second World War, Korea, Vietnam, and present-day wars. In 2008 Makos travelled to Iraq to accompany the 101st Airborne and Army Special Forces on their hunt for Al Qaeda terrorists. He is the author, with Larry Alexander, of the bestselling A Higher Call and Devotion.