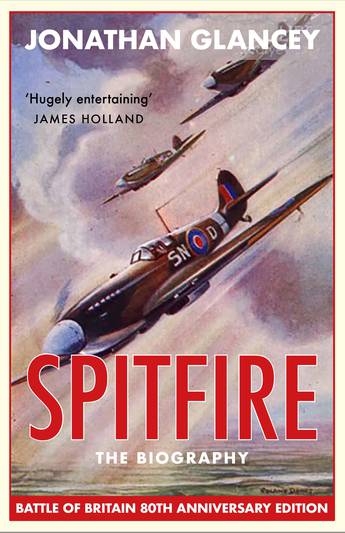 The bestselling biography of the Spitfire updated with a new chapter for the 80th anniversary of the Battle of Britain.

It is difficult to overestimate the excitement that accompanied the birth of the Spitfire. An aircraft imbued with balletic grace and extraordinary versatility, it was powered by a piston engine and a propeller, yet came tantalisingly close to breaking the sound barrier. First flown in 1936, the Spitfire soon came to symbolise Britain's defiance of Nazi Germany in the summer of 1940.

Spitfire: The Biography is a celebration of a great British invention, of the men and women who flew it and supported its development, and of the industry that manufactured both the aircraft and the Rolls-Royce engines that powered it. It is also about a boy who wished he could have been a Second World War fighter pilot and who was later able to fly the aircraft that took his father into combat.
More books by this author

Jonathan Glancey is well known as the former architecture and design correspondent of the Guardian and Independent newspapers. He is also a steam locomotive enthusiast and pilot. A frequent broadcaster, his books include Concorde, Harrier, Giants of Steam, the bestselling Spitfire: The Biography, Nagaland: A Journey to India's Forgotten Frontier, Tornado: 21st Century Steam, The Story of Architecture, The Train: An Illustrated History and The Journey Matters.