How They Rise, Why They Succeed, How They Fall 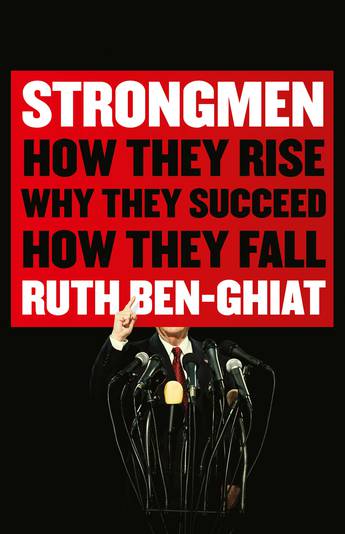 A leading academic exposes the historical and cultural contexts which allow political strongmen to thrive.

Ours is the age of the strongman. Russia, India, Turkey and America are ruled by men who, as they have risen to the top, have reshaped their countries around them, creating cults of personality which earn the loyalty of millions. And as they do so, they draw on a playbook of behaviour established by figures such as Benito Mussolini, Muammar Gaddafi and Adolf Hitler.

Here, political historian Ruth Ben-Ghiat draws on analysis of everything from gender and sexuality to diplomatic strategy to explain who these political figures are - and how they manipulate our own history, fears and desires in search of power at any cost.
More books by this author

Ruth Ben-Ghiat is Professor of History and Italian Studies at New York University and a political commentator and cultural critic who has received Guggenheim, Fulbright, and other fellowships. An expert on fascism and its memory, authoritarian rulers, Donald Trump, and propaganda, she's written for or appeared on BBC World News, The Washington Post, The New York Times, Sky News, New Yorker and other media outlets.