The Battle of Britain

The Pilots, The Planes, 'Their Finest Hour' 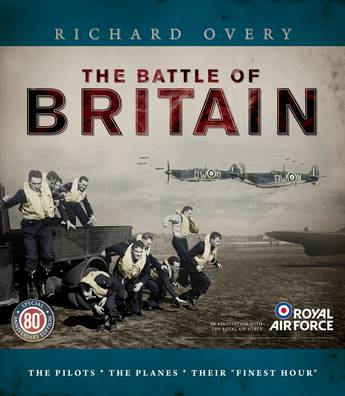 Officially endorsed by the Royal Air Force with unique access to their archives.

On 18 June 1940 Churchill declared in the House of Commons - 'The Battle of France is over... the Battle for Britain is about to begin'. With the fall of France Great Britain was Hitler's last remaining stepping-stone to European domination. In July Hitler told his commanders to prepare for the invasion of England. To do this they would have to destroy the RAF - Britain's last line of defence. As such the Battle of Britain was without doubt one of, if not the, most important victories in British history.

The Battle of Britain is the story of that battle: the machines which took to the air; the tactics employed by each side; gripping accounts of the action; the people who took part from the Commanders, to the pilots, to ground crew and plotters. Fascinating facsimile documents brings this great battle to life as never before.
More books by this author

Richard Overy, Professor of History, University of Exeter, is a world-renowned historian and an expert on the history of the Second World War, air warfare and the Hitler and Stalin dictatorships. He has won five prizes for his published work, including in 2005 the Wolfson prize for History. He is the author or Carlton's landmark Second World War Experience four-part series in association with the Imperial War Museum and The Battle of Britain Experience, in association with the RAF. He is a regular contributor to the Independent, Sunday Telegraph and Guardian.