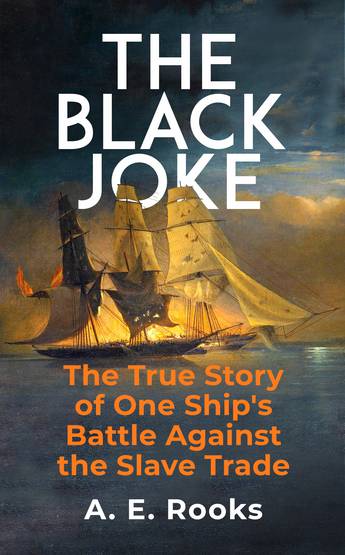 A groundbreaking history of the Black Joke, the most famous member of the British Royal Navy's anti-slavery squadron, and the long fight to end the transatlantic slave trade.

Initially a slaving vessel itself, the Black Joke was captured in 1827 and repurposed by the Royal Navy to catch its former compatriots. Over the next five years, the vessel liberated more enslaved people than any other in Britain's West Africa Squadron.

As Britain attempted to snuff out the transatlantic slave trade by way of treaty and negotiation, enforcing these policies fell to ships such as the Black Joke as they battled slavers, weather disasters, and interpersonal drama among captains and crew that reverberated across oceans.

The Black Joke is a crucial and deeply compelling work of history, both as a reckoning with slavery and abolition and as a lesson about the power of political will - or the lack thereof.
More books by this author

A. E. Rooks is a two-time Jeopardy! champion with degrees in theatre, law, library and information science, and forthcoming degrees in education and sexuality. Their intellectual passions are united by what the past can teach us about the present, how history shapes our future, and above all, really interesting stories. They are based in Denver, Colorado.