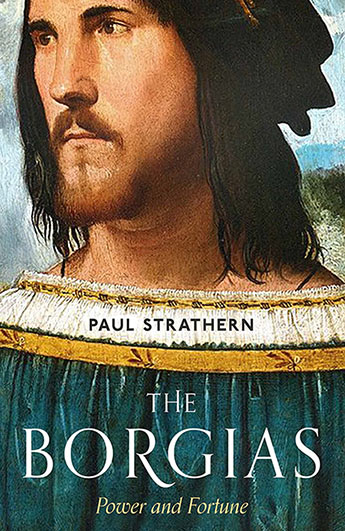 The sensational story of the rise and fall of one of the most notorious families in history, by the author of The Medici.

The Borgia family have become a byword for evil. Corruption, incest, ruthless megalomania, avarice and vicious cruelty - all have been associated with their name. But the story of this remarkable family is far more than a tale of sensational depravities, it also marks a decisive stage in European history.

During this crucial period when the Renaissance was coming into its own, it was the rise and fall of the Borgia dynasty which held centre stage. These were leading players at the very moment when our modern world was creating itself. By relating this influential family to their time, together with the world which enabled them to flourish, Paul Strathern tells the story of this great dynasty as never before.
More books by this author More books in this series

Paul Strathern studied philosophy at Trinity College, Dublin. He is a Somerset Maugham Award-winning novelist; author of two series of books - Philosophers in 90 Minutes and The Big Idea: Scientists who Changed the World - and several works of non-fiction, including The Medici, The Artist, the Philosopher and the Warrior, Spirit of Venice and Death in Florence.