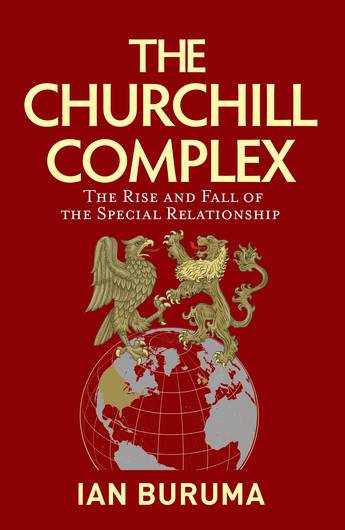 A brilliant and insightful history of the special relationship between the UK and the USA, which Ian Buruma argues is now under threat with the election of Donald Trump and Brexit.

It is impossible to understand the last 75 years of British and American history without understanding the Anglo-American relationship, and specifically the bonds between presidents and prime ministers. FDR of course had Churchill; JFK famously had Macmillan, his consigliere during the Cuban Missile Crisis. Reagan found his ideological soul mate in Thatcher, and George W. Bush found his fellow believer, in religion and in war, in Tony Blair.

In a series of shrewd and absorbing character studies, Ian Buruma takes the reader on a journey through the special relationship via the fateful bonds between president and prime minister. It's never been a relationship of equals: from Churchill's desperate cajoling and conniving to keep FDR on side, British prime ministers have put much more stock in the relationship than their US counterparts did. For Britain, resigned to the loss of its once-great empire, its close kinship to the world's greatest superpower would give it continued relevance, and serve as leverage to keep continental Europe in its place. As Buruma shows, this was almost always fool's gold.

And now, as the links between the Brexit vote and the 2016 US election are coming into sharper focus, it is impossible to understand the populist uprising in either country without reference to Trump and Boris Johnson, though ironically, they are also the key, Buruma argues, to understanding the special relationship's demise.
More books by this author

Ian Buruma was educated in Holland and Japan. He has spent many years in Asia, which he has written about in A Japanese Mirror, Bad Elements and A Tokyo Romance. His other books include: The Wages of Guilt, Murder in Amsterdam (shortlisted for the Samuel Johnson Prize and winner of the Los Angeles Times Book Prize), Anglomania, Year Zero and Their Promised Land. He was awarded the Erasmus Prize in 2008 and was named as one of the 100 top global thinkers by Foreign Policy magazine in 2010. Buruma lives in New York, where he teaches at Bard College.