The Last Winter of the Weimar Republic 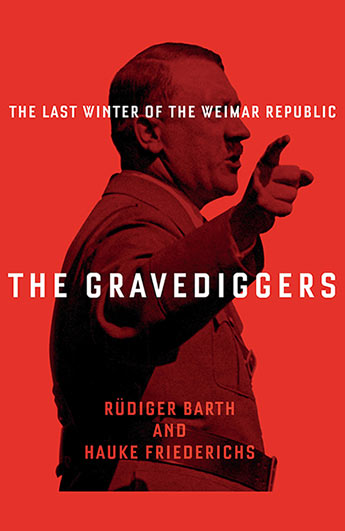 A thrilling day-by-day account of the final months of the Weimar Republic, documenting the collapse of democracy in Germany and Hitler's frightening rise to power.

November 1932. The Weimar Republic is teetering. The economy is in ruins, the political climate is becoming increasingly brutal and street battles rage between Communists and National Socialists. In the Reichstag and the Chancellery, fixers, adventurers, extremists and demagogues are engaged in a ruthless power struggle, rife with feints, lies, fighting and deception.

Over these few weeks, five men decide the fate of Germany. Along with the National Socialists Adolf Hitler and Joseph Goebbels, Chancellors Franz von Papen and Kurt von Schleicher spin a web of intrigue around the elderly President Paul von Hindenburg in a dramatic House of Cards-like scramble for power. The historians Rudiger Barth and Hauke Friedrichs have drawn on diaries, letters, little-known files and personal notes by a number of actors and observers to produce a thrilling day-by-day account of the final ten weeks of the Weimar Republic. The result is a colourful, multi-layered portrait of a period that was by no means predestined to plunge into the abyss...but now seems uncannily familiar.
More books by this author

Born in 1972 in Saarbrucken, Rudiger Barth studied Contemporary History and General Rhetoric in Tubingen. After 15 years as a journalist for the German weekly Stern, he now works as a freelance author.

Born in 1980 in Hamburg, Hauke Friedrichs studied Social and Economic History and wrote his PhD thesis on piracy in the Mediterranean. He has worked for publications including Die Zeit, Stern, Geo, Epoche and P.M. History.