The Hidden History of Burma

Race, Capitalism, and the Crisis of Democracy in the 21st Century 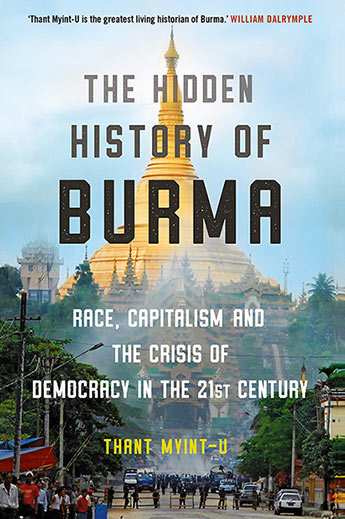 A compelling and timely inside account of the recent crisis in Burma and its troubled journey from dictatorship to democracy.

As historian, former diplomat, and presidential advisor, Thant Myint-U saw the cracks forming. In this insider's diagnosis of a country at a breaking point, he dissects how a singularly predatory economic system, fast-rising inequality, disintegrating state institutions, the impact of new social media, the rise of China next door, climate change, and deep-seated feelings around race, religion, and national identity all came together to challenge the incipient democracy. Interracial violence soared and a horrific exodus of hundreds of thousands of Rohingya refugees fixed international attention. Thant Myint-U explains how and why this happened, and details an unsettling prognosis for the future.

Burma is today a fragile stage for nearly all the world's problems. Are democracy and an economy that genuinely serves all its people possible in Burma? In clear and urgent prose, Thant Myint-U explores this question - a concern not just for the Burmese but for the rest of the world - warning of the possible collapse of this nation of 55 million while suggesting a fresh agenda for change.
More books by this author

Thant Myint-U is an award-winning writer, historian and conservationist. He served for over a decade with the United Nations, including in peacekeeping operations in Cambodia and the Balkans and was an advisor to the Burmese government during the early years of the transition from military dictatorship. He lives in Rangoon, where he currently heads U Thant House and the Yangon Heritage Trust.