The Hundred Years' War on Palestine

A History of Settler Colonial Conquest and Resistance 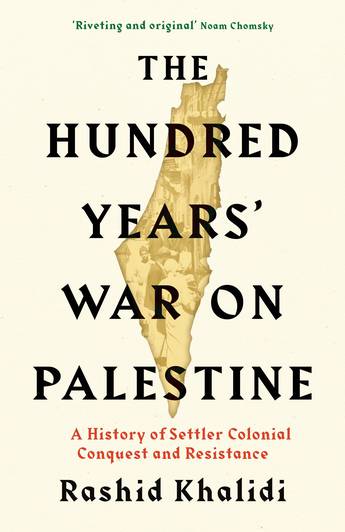 This is the story of Palestine told from the inside.

Renowned scholar and historian Professor Khalidi draws on primary sources to give an intensely personal account of a century of conflict in Palestine.

This is not a happy story. The Balfour Declaration of 1917 promised the Jews a homeland where the Palestinians already lived. The 1917 capture of Jerusalem by British forces and the formalisation of British colonial power over what became Mandatory Palestine under the terms of the treaty of Versailles. Despite constant bloodshed and uprisings, that impossible arrangement continued until 1948 when it was ended by what Israelis call the War of Independence and the Palestinians the Nakba, or Tragedy. Worse was to follow with conclusion of the Six Day War in 1967 and Israeli occupation of the West Bank and Gaza, previously respectively under Jordanian and Egyptian rule. Since then, the Palestinian story has been one of occupation and resistance.

In this book, Professor Khalidi interweaves voices such as that of the 19th century Arab mayor of Jerusalem who predicted the coming conflict, nationalist writer and educator Muhammad 'Izzat Darwaza, and leaders of the PLO including Faysal Husayni, Hanan Ashrawi, and Yasser Arafat with his own account as a child of a UN official and a resident of Beirut during its 1982 siege. The result is an intensely personal history of one of the most long-running and controversial modern conflicts.
More books by this author

Professor Rashid I. Khalidi is a Palestinian American historian and the Edward Said professor of Modern Arab Studies at Columbia University where he also serves as the director of the Middle East institute. He is the editor of the Journal of Palestine. His previous books include Palestinian Identity, The Iron Cage, and Brokers of Deceit.