The Napoleonic Wars (The Compact Guide) 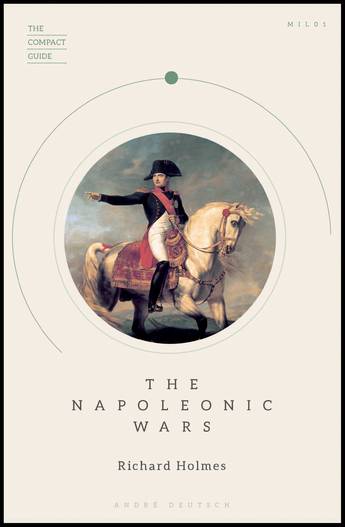 This outstandingly vivid and accessible book, written by one of Britain's leading historians, provides the essential overview of Napoleon's career.

Beginning in revolutionary France with a brilliant young Lieutenant who still styled himself Napoleone di Buonaparte, Holmes examines every facet of his subject's military career: his astonishing victories at the Battle of the Pyramids, Marengo, Jena and Austerlitz, through to defeat and exile under the immense weight of the great powers who were determined to stop the man who would be emperor of Europe.
More books by this author

Richard Holmes was one of the UK's leading military historians. As well as being the General Editor of the Oxford Companion to Military History, he presented several documentary series for the BBC. His books include The First World War in Photographs, The Second World War in Photographs, D-Day Remembered, as well as Tommy: The British Soldier on the Western Front and Wellington: The Iron Duke and Redcoat.