British Intelligence, the Russians and the Jazz Age 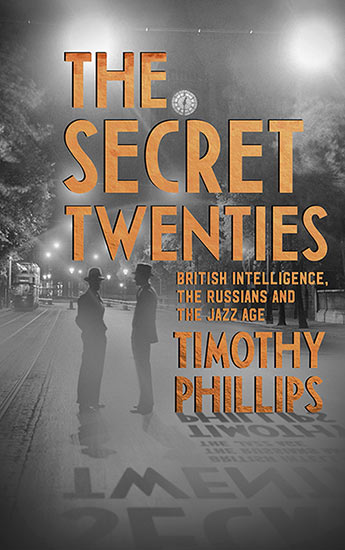 A thrilling true story of espionage and counterespionage between the Soviets and the British during London's Roaring Twenties.

At the height of the hedonistic Jazz Age, many in British society became convinced that they were under attack from the new Soviet state. Still reeling from the Russian revolution of 1917, disturbed by the development of militant workers movements at home, and deeply paranoid about the recent wave of Russian immigration to the UK, the British government tasked the intelligence services to look for evidence of espionage.

Over the next decade, as the political pressure mounted, the spooks began to cast their net of suspicion wider, to include not only suspect Russians, but British aristocrats, Bloomsbury artists, ordinary workers, and even members of parliament. It was the biggest spying operation in British Intelligence's peacetime history to date, undertaken with enthusiastic support from anti-Red crusaders like Winston Churchill, and its ramifications were profound. On the strength of the evidence uncovered, Britain deported hundreds of Russians and broke off diplomatic links with Moscow for more than two years. This was the first Cold War, and it not only set the rules of engagement for Russia and Britain for decades to come, but also sent shockwaves through the British establishment, bringing down a government and ending careers. Drawing on a wealth of recently declassified and previously unseen material, Timothy Phillips uncovers a world of suspicion and extremism, bureaucracy and betrayal set against the sparkling backdrop of cocktail-era London. The Secret Twenties shines fresh light on a glamorous decade, and offers a gripping account of the lives of the first Soviet spies, the British Secret Services that pursued them and the double agents in their midst.
More books by this author

Timothy Phillips is the author of Beslan: The Tragedy of School No. 1 (Granta 2008). A fluent Russian speaker, he has travelled widely in the former Soviet Union and has worked extensively as a translator. He holds a doctorate in Russian history and lives in London, where he is a regular contributor to the Times Literary Supplement and the BBC Russian Service.