The Spy in Moscow Station

A Counterspy's Hunt for a Deadly Cold War Threat 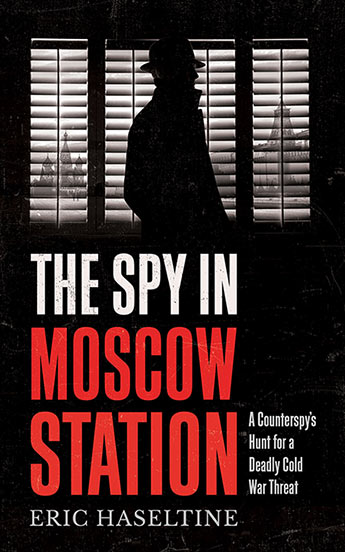 Moscow in the late 1970s: one by one, CIA assets are disappearing. The perils of American arrogance, mixed with bureaucratic infighting, had left the country unspeakably vulnerable to ultra-sophisticated Russian electronic surveillance. The Spy In Moscow Station tells of a time when - much like today - Russian spycraft was proving itself far ahead of the best technology the U.S. had to offer.

This is the true story of unorthodox, underdog intelligence officers who fought an uphill battle against their government to prove that the KGB had pulled off the most devastating and breathtakingly thorough penetration of U.S. national security in history.

Incorporating declassified internal CIA memos and diplomatic cables, this suspenseful narrative reads like a thriller - but real lives were at stake, and every twist is true as the US and USSR attempt to wrongfoot each other in eavesdropping technology and tradecraft. The book also carries a chilling warning for the present: like the State and CIA officers who were certain their ‘sweeps’ could detect any threat in Moscow, we don't know what we don't know.
More books by this author

Eric Haseltine was Director of Research at the NSA and Associate Director of National Intelligence in charge of Science and Technology for the U.S. Intelligence community. Before joining the NSA, he was Executive Vice President of Disney Imagineering. A PhD neuroscientist, he has given several popular TED talks on the future of science and is an inventor with over 70 patents and pending patents. He lives in California with his wife, Dr. Chris Gilbert.