The Story Of Civilization in 50 Documents 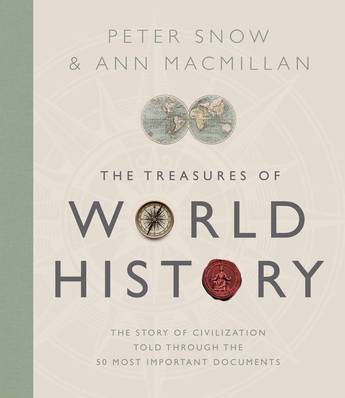 50 of the most fascinating documents in the history of humankind are beautifully reproduced from national archives and museums around the world - with commentary explaining why the documents are so significant, and how they have shaped or changed the course of history.

A spirited examination of world history, told through 50 key documents, by two celebrated historians and journalists. With a wealth of experience between them on political, social, cultural and military history, and today's current affairs, Peter Snow and Ann MacMillan are the perfect guides to appreciating the significance of each document.

Chapters are devoted to each of the 50 documents across the political, military, artistic, and scientific spheres, and supported by additional contemporary images. The documents themselves have been researched from the collections of national archives, museums, libraries, and private collections around the world. The authors explain their criteria for selection and provide the pertinent details of each one, taking us on a journey from the scripts of the earliest civilizations through to momentous speeches and papers of today.
More books by this author

Peter Snow is a highly respected journalist, author and broadcaster. He was ITN's Diplomatic and Defence Correspondent from 1966 to 1979, and presented BBC's Newsnight from 1980 to 1997. For many years he was an indispensable part of election nights.

Ann MacMillan is one of Canada's most distinguished journalists. She was the London correspondent of the Canadian Broadcasting Corporation for 40 years until her retirement is 2013.