How a young SOE agent thwarted the Nazis in Occupied France 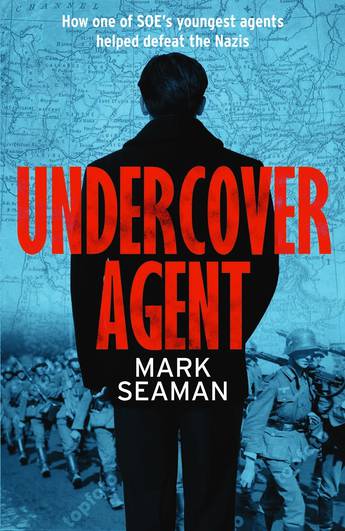 The secret war of SOE's youngest agent at the heart of the French Resistance, Tony Brooks, who built a vast resistance organisation in Occupied France that defied the Nazis for two years until the liberation.

Tony Brooks was unique. He was barely out of school when recruited in 1941 by the Special Operations Executive (SOE), the wartime secret service established by Churchill to 'set Europe ablaze'. After extensive training he was parachuted into France in July 1942 - being among the first (and youngest) British agents sent to support the nascent French Resistance.

Brook's success was primarily due to his exceptional qualities as a secret agent, although he was aided by large and frequent slices of luck. Among much else, he survived brushes with a British traitor and a notorious double agent; the Gestapo's capture of his wireless operator and subsequent attempts to trap Brooks; brief incarceration in a Spanish concentration camp; injuries resulting from a parachute jump into France; and even capture and interrogation by the Gestapo - although his cover story held and he was released.

In an age when we so often take our heroes from the worlds of sport, film, television, music, fashion, or just 'celebrity', it is perhaps salutary to be reminded of a young man who ended the war in command of a disparate force of some 10,000 armed resistance fighters, and decorated with two of this country's highest awards for gallantry, the DSO and MC. At the time, he was just twenty-three years old.

This remarkable, detailed and intimate account of a clandestine agent's dangerous wartime career combines the historian's expert eye with the narrative colour of remembered events. As a study in courage, it has few, if any, equals.
More books by this author

Mark Seaman, MBE, is an historian with the Cabinet Office in London, and before that with the Imperial War Museum. He has studied SOE and the French Resistance for nearly forty years. Given his close association with many SOE veterans over the years, and his extensive knowledge of secret archives in Britain and abroad, he holds an unrivalled expertise in his subject. A long-time friend of Tony Brooks, Mark inherited all his unpublished papers on the former SOE agent's death, and recorded his wartime experiences first hand. He is the author of Bravest of the Brave, the official biography of 'Tommy' Yeo-Thomas, GC, the famous SOE agent codenamed 'White Rabbit'.